First, I'd like to apologize for not posting anything on BBMS for a period of time. I've been busy with personal projects and problems; it feels nice to be writing a post for the blog with all this hecticness going on.

That being said, a while back, Nerf released two things online: a new advertising campaign and a new website design. I realize that this is old news, but bear with me on this.


The new advertising campaign, “The Perfect Shot”, has Hasbro working with YouTube channel Dude Perfect, who apparently are a big name YouTube channel that focuses on trick shots. Sounds like a good match for Nerf to me. However, seeing Nerf tweet about this announcement had me worried... and upon watching the videos, my worry seemed to be justified.

With this new advertising campaign, no longer are Nerf blasters being fired inside illuminated factories. A setting change is great; I mentioned this in my thoughts in my Rebelle teaser video post. However, this is more than just a setting change. This is a stark mood change.

Essentially, it looks like Hasbro's trying to “bro” up the Nerfing scene. And to me, this is a really bad thing.
So many people are complaining about Rebelle setting aside a gender split, but why aren't people complaining about this? Rebelle has your typical “fashionista” female stereotype, and now Nerf has a typical “bros love to party and have a wild time” stereotype. A few of the trick shot videos feature plastic cups (which apparently were pulled from YouTube but re-uploaded, looks like someone wasn't happy about this), and are introduced very much like segments from Jackass-style dare/stunt videos... and those videos never end well. 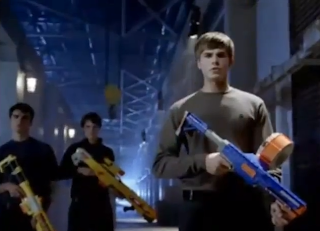 I understand that the campaign from before was... goofy and silly with all of those parkour-performing teen boys dressed in black, donning their serious face for the cameras. But honestly, I'd take that campaign over the new bro-fest, Perfect Shot campaign. And really, this seems like a NO GIRLS ALLOWED sign hung from a treehouse in video format. 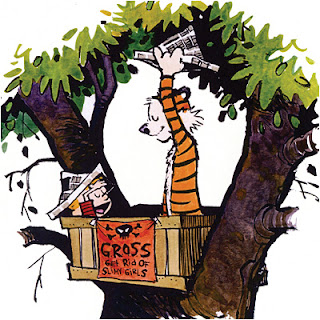 Nerf's always been a male-oriented hobby, there's no doubt about that. However, people within the NIC have always asked "where are the girls?". We've seen females in other advertisements... at least, there was ONE Nerf-related ad from Sweden with a young girl playing with a Retaliator. There was also the short-lived Xploders, which featured a commercial with a teenage girl in it alongside a group of teenage boys. Even within the newer Wii Nerf video games, there's one single, almost "token" female character alongside the rest of the N-Strike Elite squad.

Not to say that there aren't females that are interested in Nerf (Nerfenstein being a clear example of this). Humans vs. Zombies has a clear broad audience, definitely not limited to males, but it seems that many people within HVZ stick to just HVZ and don't ever get into Nerfing as a complete hobby.
Now, regarding the website... it's... yeah, it's not appealing. The last design they had looked nice on the eyes. This new one looks like it's taken steps back to the late 1990s/early 2000s. The front page uses the same font on everything, which makes it look tacky as hell. There's a reason websites have different fonts for their headers and content.

On the front page there's this "Customize your Nerf dude" button, which intrigued me. At first I thought it'd be cool to have a customizable avatar for the online game leaderboards (and I would assume that you could use it on the iOS app as well). But then I realized...

They're officially going through with this clear cut between a male Nerfing audience and a female Nerfing audience. You won't be able to make female avatars on the Nerf website; you won't be able to make a male avatar on the Rebelle website. At this point, I wouldn't be surprised if Hasbro had some sort of “battle of the sexes/genders” campaign. And please, Hasbro, do not do this. This is not an idea to take and make your own. It will just make this situation worse.

I was planning on discussing the Rebelle website as well in this post, but it's getting to be pretty long. So I'll be doing it up separately and you'll see it soon.
Posted by Jet at 2:35 AM